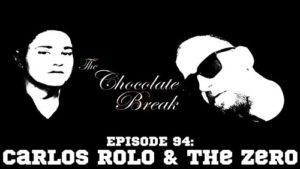 Oh man it’s Easter Sunday and I need to use the bathroom. On the other hand – wait, nothing on my hand to begin with, but today is a special day, but this episode will come out on Thursday and it was recorded the prior week and we’re all out of Easter chocolate, so this has nothing to do with Easter. Enjoy.

IDK but these are enrobed in chocolate. That’s my take on it. Covered? Dipped? No. Enrobed.

It’s a large white bowel movement with a lot of nougat and gravel.

I often converse with Stumpy from North Little Rock on my daily early morning walks via Bluetooth headset. Conversation often goes to his mahjong game which has a character named Carlos Rivera who asks quite often to receive containers and food items. We agreed however that his product tasted really bad. 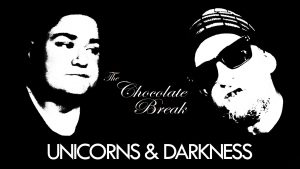 Pretend chocolate that isn’t really chocolate and something that just doesn’t work. What’s sad is that the not chocolate gets our nod of approval and the actual chocolate doesn’t. These are troubling times, but you can rest assured we will protect you, nurture you, and coddle your little snowflake souls when selecting a confection is just too difficult of a task for you. You’re welcome. 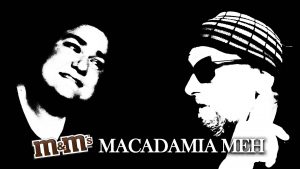 This episode is brought to you by the fact that attempting to improve on something that’s just fine already isn’t all that great a thing, where we are concerned. I mean, sometimes it works, but then they did the newer Star Wars movies and robbed us all of hours of our lives. At least there’s The Mandalorian now, but it seems almost criminal that Disney has anything to do with a sci-fi (oh wait – Star Wars isn’t science fiction, it’s a fantasy saga in a dead culture). Star Trek is infinity better than Star Wars. 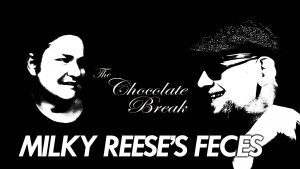 On one have you have the bland and on the other you have the smothing insanity of the oiliness. Again, it is the legened. 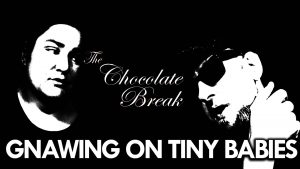 Well, here we are again, doing our thing for this little captive audience of you and only you. We sincerely hope you enjoyed yesterday. Christmas is a day of gorging on deliciousness and indulging in treats and gifts. But now it’s time to pay the piper you son of a bitch. You have a hangover. You have a bit of stomach ennui. Was it worth it? We sincerely hope so. 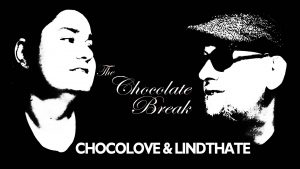 What a week! I’ve had to spend almost all my time editing video for upcoming top ten lists on The Ramen Rater – I haven’t done a review since last Wednesday! I forgot today was Thursday! I edited this one in about 30 minutes! Bang energy drinks are great! 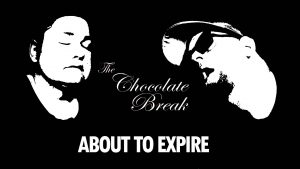 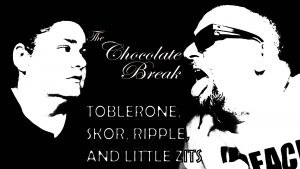 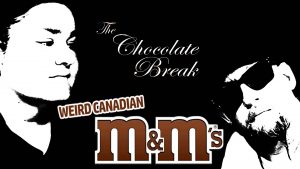 So they did this here in the states but they used plain M&Ms. These are all peanut varieties. I would say that this is fascinating to some degree, but whenever companies do these off the wall flavors, they usually fall short. There’s only one truly clear winner in this mix and it’s pretty obvious. I don’t think there’s any chance 2 out of the 3 would ever pass muster. I could be wrong. I mean, they elected Trump so all bets are off. 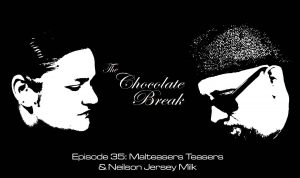 A couple more found up in Canada – o, Canada! We find so many fascinating things up there! This show wouldn’t exist if it weren’t for Canadian Chocolate. So we salute you. You’re kind to us, even if we’re not always kind to you.